The 31st August is our last Public Bank Holiday before Christmas! – What are your plans?

There are a variety of different events going on!

Or if you’re looking for something not involving classic cars (we won’t judge you.. much) then have a look at this list of things to do around Birmingham from the Birmingham Mail – http://www.birminghammail.co.uk/whats-on/whats-on-news/things-to-do-august-31-9907106

We stumbled across an interesting story today on the Hemmings Daily blog.

Peter Doherty, Jr contemplates what it really means to be a ‘car guy‘…

‘Lately I have been wondering if I can still call myself a car enthusiast. I certainly grew up a car guy (kid) in the late 1960’s. I was the one in the family that could identify all the neighbors by make and model of car. I had an extensive collection of die-cast toy cars and several slot car sets (I skipped school to play with one birthday present). I distinctly recall my first ride in a sports car (light blue MGB). I remember getting a high speed run around Lime Rock with a family friend in his ’69 Corvette. At age fourteen, I was trusted to move the family cars in and out of the garage by myself (mom never saw the time I almost put her Maverick through the roll-up door). I got my license the day I turned 16, and immediately started saving for a car of my own. I read Road & Track cover to cover for specs on current cars, and skimmed Automobile Quarterly for stories about machines of the past’ 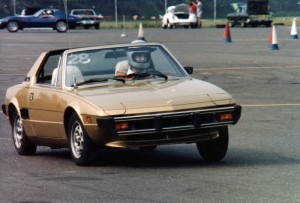 ‘now that I have reached that stage in life where I have enough time and money to indulge an interest in things automotive, why am I driving anonymous mid-size sedans? Is it because I can park them anywhere and walk away without worry, and also know that I’ll never have to open the hood for the three years of the lease? Why am I not looking for another Triumph, or similar vintage ride for a second car? Is it I know I will probably be disappointed in the driving experience compared to modern cars (and a nice TR-250 goes for $30K)? Why then, do I not go out and buy a new Corvette or Cayman; “affordable” cars that are faster and better machines than almost anything produced over the last 50 years? Is it because it seems crazy to me to buy a vehicle that can’t be driven for five months of the year because of snow and ice (and salt) on the roads? And why do I rarely take weekend road trips anymore, and never exceed the speed limits when I do go somewhere? Is it because our New England roads are overcrowded (and potholed), with speed traps seemingly around every corner? Is it because if I buy a sports car and take it on the track to avoid the law, it suddenly seems too heavy, soft, and slow? Why then, am I not a regular competitor in a racing school formula car race series? Is it that I can’t justify the expense when it’s no longer a step towards a potential career? Speaking of racing, why do I click right past the few road races still shown on television (remember Speed)? Is it because there is very little actual racing going on, and too many sanitized, “Mickey Mouse” type tracks these days (with even fewer personalities left behind the wheel)?’ 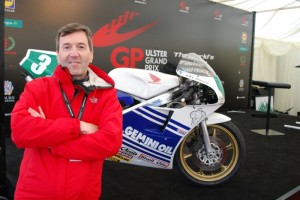 ‘When I got that Triumph I was sure I would be driving cars like that for the rest of my life. Maybe I thought I was a car guy, when I was really just a wannabe racer all along? Is it simply a mid-life crisis? Is there a pill advertised on TV that I should “ask my doctor” for? Will I be okay again if I win the lottery? Let’s see… I could get that Lamborghini Miura (just to look at), or maybe one of those hot new Alfa 4Cs (for just the right day), or perhaps a big tailfins and chrome boat from the 50’s (just for cruise nights), and of course, one of those no-compromise British track day cars (just for the racer in me). And then I could…

Have you ever felt the same way as Peter?

See our last update post by clicking here or read more of the cars back story here!

We thought we’d update you on the Russ Carpenter Racing Car, where it’s been and where it’s going!

We had cacklefested the car at the Hot Rod and Custom day at Beaulieu so the car needed some essential maintenance doing before we went away to race. All seemed fine and we went to Santa Pod with high hopes for a good weekend. Unfortunately when driven under load the car wasn’t performing’

‘After a lot of diagnosis and fault finding we deemed the old 35 year old magneto ignition system was failing so we’ve sent it away to the US to be remanufactured. We did however manage to partake in the annual evening cacklefest at the event’ 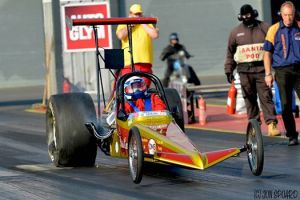 ‘In August we have 4 large events we are attending over 3 weekends.

– 16th of August we are one of the main attractions at this years Cranleigh Classic Car show having been asked to do an arena demonstration of the car. We plan to cacklefest the car infront of the press and show goers.
– August 22nd is the 5th Annual Camberley Car Show in the heart of Camberley. With over 10000 attending last year its sure to be another busy day this year.
– August 29th and 30th we are on static display at the Wings and Wheels Show at Dunsfold Aerodrome.
– August 31st we have been invited as guests of honour to the Victory Wheelers’ Hot Rod & Custom Car Show‘ 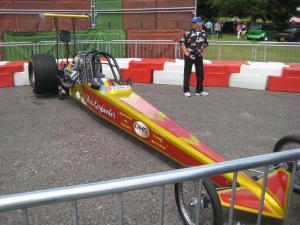 There are many great events happening this weekend for Classic Car enthusiasts!

‘Mini In The Park (‘mitp’ for short) is the only British Mini show that features Mini Concours, Mini Run-What-Ya-Brung (RWYB) racing, Mini Club car displays, a Win-A-Mini competition, Mini Trade Stands and Autojumble, plus lots of great action and entertainment, and a great Mini festival atmosphere’

‘We already have over 600 exhibits booked in together with all the usual attractions and we are especially pleased to welcome back the ‘Carters Fund for Health & Rescue’ with their Bernese Mountain dogs.  Add to this Trade Stands, Craft Marquee, Beer Tent, Music, Catering plus all the other things you would expect at a good old fashioned Rally we should be set for a great weekend’

‘Autojumble and trade stands, arena events hosted by TV’s Mike Brewer, car clubs and many unusual vehicles including: Our oldest vehicle is a 1921 Rolls Royce Silver Ghost Open Tourer, One of only two surviving Turner Mk 3 Sprint Specials that was exported to America in 1965 and imported back to the UK in 2004, Vehicles such as a Rover 2000 P4 that has been in the same family since new and handed down the generations, A Grenade Dragster first raced in 1972 and has won over 20 British, European and World championships, Many restoration projects, some professional, some completed by determined owners in cold, cramped garages and more’

The Bradford Classic has unfortunately been cancelled – www.bradfordclassicrally.co.uk

‘There was a pre-set threshold of income from ticket sales and sponsorship, which unfortunately has not been met. We are very sorry for any inconvenience caused and a full refund will be made to those who have already bought tickets’

‘The most important annual event organised by the Llandudno MG Club’

Here’s an interesting read from back in March – regarding a nuclear powered car! 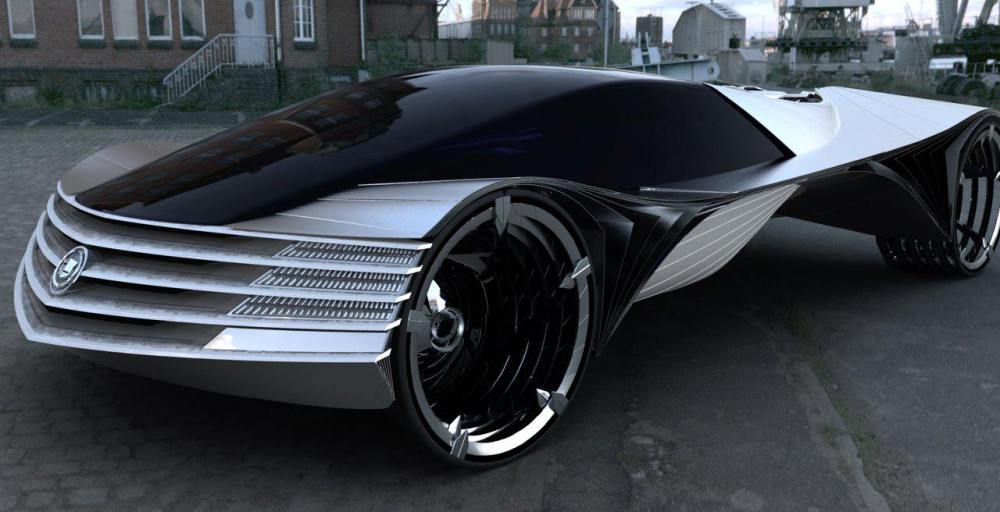 ‘As far as fueling a car goes, it could run for 100 years on just 8 grams of fuel. A company called Laser Power Systems has been working on creating an emissions free turbine/electric generator powered by nuclear thorium lasers’

If your car was powered by thorium, you would never need to refuel it. The vehicle would burn out long before the chemical did. The fuel would in fact out live you.

Thorium is a naturally occurring radioactive chemical element, and is most popular for its potential to replace current nuclear energy generation by implementing reactors powered by thorium, which would be an alternative to uranium. It’s definitely a much safer fuel for civilian power plants than uranium.

“If a thorium, molten-salt reactor can be successfully developed, it will remove all fears about nuclear energy,” says Fang Jinqing, a retired nuclear researcher at the China Institute of Atomic Energy. “The technology works in theory, and it may have the potential to reshape the nuclear power landscape, but there are a lot of technical challenges”‘